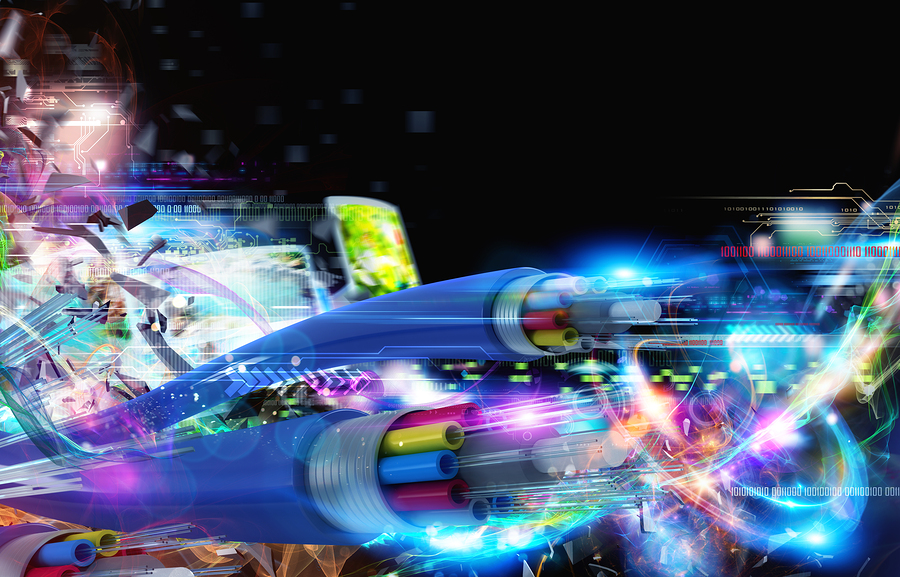 The online world is quickly speeding up, although that’s definitely not a new trend.  Online connection speeds have been growing ever since the public first started using them in the 80s and 90s, and while cable was the golden standard for a long time we’re now starting to see gigabit internet connections using optic-fiber cables in major cities.

But why buy into this demand for more speed and more power?  What’s wrong with the cable and the connection speeds we have today?  There are a few reasons why you’ll probably update to a gigabit internet sooner or later.

1. 4K video downloads and streaming.  4K is the next step beyond HD, and it quadruples the detail level to give you pixel-perfect image quality on a massive wall-mounted screen.  Of course, this also means the file size is four times as big as a 1080p file, so you’ll need a stronger connection to download or stream a video with this quality level.

2. Mobile devices.  Smartphones and tablets can use cellphone towers or wireless home connections, and while the wireless connection is cheaper it can quickly run out of bandwidth if everyone is watching streaming videos or using video chat services at the same time.

3. Cloud computing.  Cloud backups are useful for keeping your personal files safe and making it easy to transfer information between computers and phones, and you can use them to work from home efficiently, but you need a strong fiber internet connection if you want to fully make use of it.

For these and a growing number of other reasons, our bandwidth needs are growing beyond the ability for regular cable connections to use them.  That’s why an increasing number of cities like San Antonio, Texas are installing optic-fiber cables and offering gigabit internet connections.  While these speeds are obviously a big help for online businesses and companies with a lot of remote workers, a growing number of personal internet users are running up against the bandwidth limits of cable-based ISPs and fiber connections are the next step beyond them.